What Happened to Stapleton Modern Dental?

The community of Stapleton was originally named after Denver Mayor Benjamin Stapleton. Due to his negative background affiliation, the community decided in the summer of 2020 to change the name to Central Park. 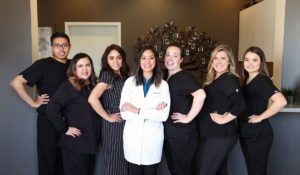 As an active part of the community, we support the decision to adopt this new name. “Central Park,” which properly celebrates the local green space and follows Denver’s history of naming neighborhoods based on the city parks they are built around.

We look forward to continuing to care for our patients’ dental health at Central Park Modern Dentistry!